Skip to content
View cart “Frankincense Revitalizing Face Mask” has been added to your cart.

Frankincense comes from the resins of Boswellia trees. The resin is originally as a form of white milky sap, while after exposed to air, the sap will gradually get hardened and turn into small red-brown transparent lumps. The frankincense essential oils are actually distilled from those lumpy resins, and currently mainly produced in Somalia, Yemen, Oman and other Middle East countries.

The uses of frankincense can be traced back to 3500 years ago. The priests in ancient Egypt used frankincense to worship gods and cure diseases. The ancient Egyptians also used it as a raw material of facial masks. Legend has it that frankincense was fascinated by Cleopatra, the most beautiful Queen of ancient Egypt, to keep her youth forever.

The Bible also recorded that the three Magi visited Jesus after his birth with three valuable treasure as presents: gold, frankincense and myrrh. Nowadays, many modern Arabian countries still burn frankincense as a gift to God during weddings, births of newborns, and religious rituals.

Frankincense also has many magical effects. According to the “Compendium of Materia Medica”, an ancient Chinese herbology volume written in the 16th century, frankincense and its scent can enter the heart to improve blood circulation and cure pain. As you discover, it plays an important role in many aspects: religion, skincare, fragrance and medical treatment.

THE BENEFITS OF THE KING OF ESSENTIAL OILS

Frankincense essential oil is called “the king of essential oils”, since it has impressive benefits for human health, skincare, and mental relaxation.

Thanks to its smooth, pleasant, and woody aroma, it is commonly used in religious and spiritual rituals to alleviate tension and relax your mind and body in peace.

We currently carry five different frankincense skincare products, including toner, face & eye cream, lotion, face oil, and facial mask. They are infused with organic frankincense essential oil and consist of other natural ingredients without chemical and toxin concerns. Beyond that, they are all verified by Environmental Working Group (EWG), which is a promise of Inna Organic to ensure your health safety and effective results. Here is the recommended usage guide for your everyday anti-aging regimen. Please try and keep your youthful look as you desire!

This alcohol-free and fragrance-free toner has the ability to enhance your skin absorbency, helping nutrient to penetrate easier and deeper into your skin.

The sheet mask with concentrated serum is the most effective way to nourish your skin in just 10-15 minutes. The sheet can prevent evaporation of water and make your skin absorb the active ingredients quickly and efficiently. 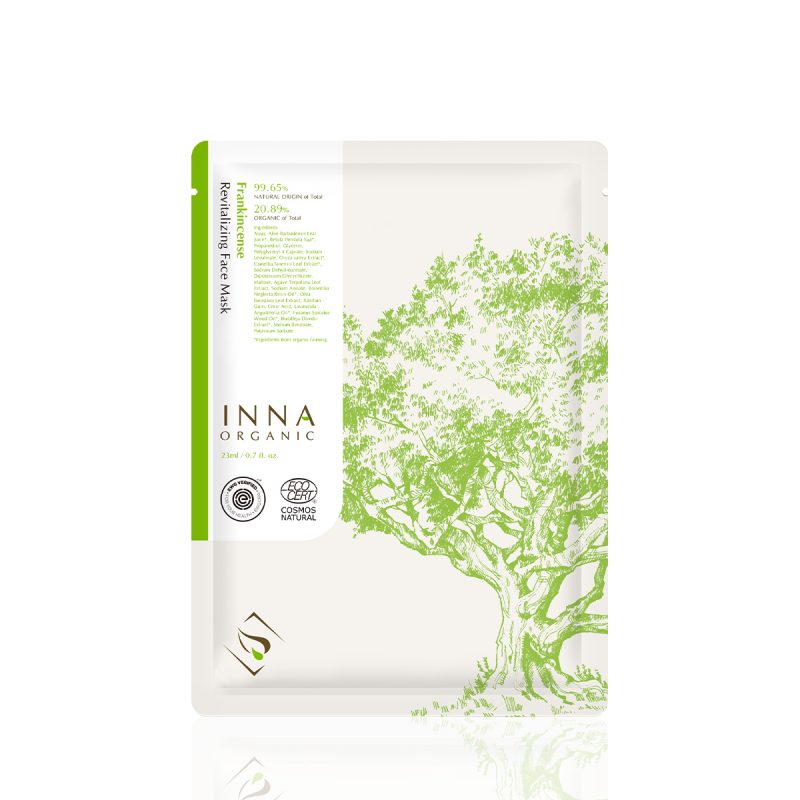 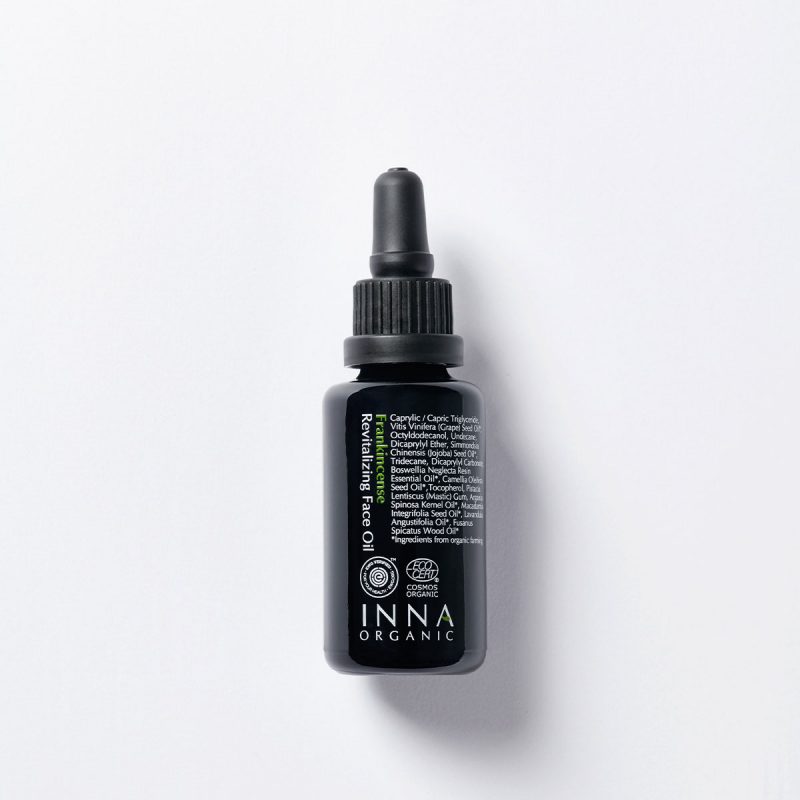 A certified-organic, anti-aging moisturizing cream designed for the entire face, including the delicate skin around your eyes. To mix with face oil depending on the weather and your skin condition.

Our certified-organic, anti-aging face moisturizer set allows you to customize the level of moisture your skin needs on any given day. Softens visible signs of aging and helps replenish skin’s natural oil and moisture levels, and maintain the look of elasticity and plumpness. To mix with face oil depending on the weather and your skin condition.